Welcome to the forty-seventh issue of Racket News.

Here’s another issue of Racket News full of goodness. There’s quite a bit of WebAssembly this issue but also crazy Discord bots and quite a few package releases. On the other hand, we are missing blog posts on Racket. To spice things up, we also have a new experimental section on DrRacket Quickscripts, which you can use to enhance your favourite Racket editor.

Grab a coffee and lets dive in! 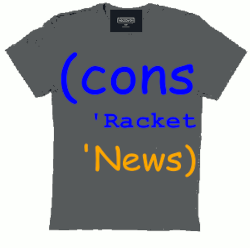 Sad… Nothing this week!

There has been no attempts on issue 2883 of Racket. For the last time, and your change to shine, the call is still on. Who’s going to have a go at this one? It can be you! If you are interested in fixing this but need some guidance, feel free to comment on the issue page. Will you be our next Champion?

Quickscript (featured project of issue 38) provides an easy way to extend DrRacket with small Racket scripts to automate some actions in the editor, while avoiding the need to restart DrRacket. In this new section, contributed by Stephen De Gabrielle, we will be highlighting some of the most interesting scripts out there.

(resyntax is an experimental refactoring tool built on top of syntax-parse.)

Quickscript is included in DrRacket, and scripts are managed by the Script menu. See the documentation at https://docs.racket-lang.org/quickscript/

This week’s project in the spotlight is molis-hai by John Clements.

This collection produces passwords using models built on a corpus of source text. It manages to guarantee generation of passwords with known entropy by building markov models whose transitions are guided by huffman trees, allowing the use of variable numbers of bits of entropy for each transition.

Dynamic type-checking and object-oriented programming often go hand-in-hand; scripting languages such as Python, Ruby, and JavaScript all embrace object-oriented (OO) programming. When scripts written in such languages grow and evolve into large programs, the lack of a static type discipline reduces maintainability. A programmer may thus wish to migrate parts of such scripts to a sister language with a static type system. Unfortunately, existing type systems neither support the flexible OO composition mechanisms found in scripting languages nor accommodate sound interoperation with untyped code. In this paper, we present the design of a gradual typing system that supports sound interaction between statically and dynamically-typed units of class-based code. The type system uses row polymorphism for classes and thus supports mixin-based OO composition. To protect migration of mixins from typed to untyped components, the system employs a novel form of contracts that partially seal classes. The design comes with a theorem that guarantees the soundness of the type system even in the presence of untyped components.

Some data about the activity in the Racket et al. repositories, for the month of February, 2021.

The next issue is planned for publication during week 11, specifically March 15. Contributions welcome - deadline for next issue: Sunday, March 14, 2021.